Madeleine Eva Malherbe was born on 14 October 2004 and died on 24 December 2004, living for a total of 71 days. She was born with Edward’s Syndrome (Trisomy 18), a life-limiting chromosomal abnormality.

During our 3D scan at 32 weeks gestation that it was picked up that she had bilateral club feet. This had not been identified by our gynaecologist at any previous pre-natal scans. I was immediately referred for a comprehensive scan which revealed intrauterine growth restriction (she was small for her gestation) and there was poor blood flow via the placenta. I was signed off work on medical grounds and we prepared for her birth by researching club feet – and identified the only orthopaedic surgeon in South Africa that had just initiated the Ponsetti method.

However, we were totally unprepared for her birth. She arrived early (36 weeks) via caesarean section at a private clinic in Johannesburg, despite attempts to stop labour. She cried once and immediately stopped breathing, with an Apgar score of only 2. The theatre staff commented on the huge amount of amniotic fluid – which we only realised later was another indicator (polyhydramnios) of a chromosomal abnormality. She was rushed to the Neonatal Intensive Care Unit (NICU) as there was not a tube small enough in theatre to intubate her due to her extremely small features, another sign of her condition.

Initially, other than her club feet and being very small (she weighed 1.7kg) and facing all the challenges accompanying a premature baby including breathing difficulties, jaundice and apnea – we had no reason to believe that there was anything seriously wrong with Madeleine. She was fed breast milk via an NG tube and underwent treatment for jaundice. However, as the days passed, our paediatrician began to identify more serious issues and he ran tests to rule out different diagnoses.

When Madeleine was seven days old we received the results of her genetics test, behind a curtain in the corner of the NICU. We were told that she had Trisomy 18 (Edward’s syndrome), a condition that ‘is not compatible with life’. Only then were we finally able to hold her for the first time, whilst still connected to her ventilator. While Edward’s was a condition I recognised from my undergraduate genetics text book – it was not something I ever expected to have personal experience with. We were told little else and the paediatrician walked away. We later sought genetic counselling at the University of the Witwatersrand to check for the risk of reoccurrence.

Madeleine remained in the NICU for the first five weeks of her life. Her apneic episodes increased in frequency, and further tests revealed her brain was under-developed and she had a congenital heart defect (ventricular septal defect). She also started having minor fits. Her paediatrician asked us to set limits for intervention for when she stopped breathing. After much discussion and prayer, we decided that she would not be intubated if she did not start breathing again herself. While we wanted to fight for her and have her with us as long as possible – we did not want her living on a machine indefinitely or to suffer unnecessarily.

Ultimately, we wanted to cherish the time we had together and for her death to be as dignified and as painless as possible. The NICU staff trained us on how to resuscitate her and how to change the NG tube. We took her home at five weeks old, equipped with a stethoscope, an apnea mat, NG tubes, some oxygen and much hope. 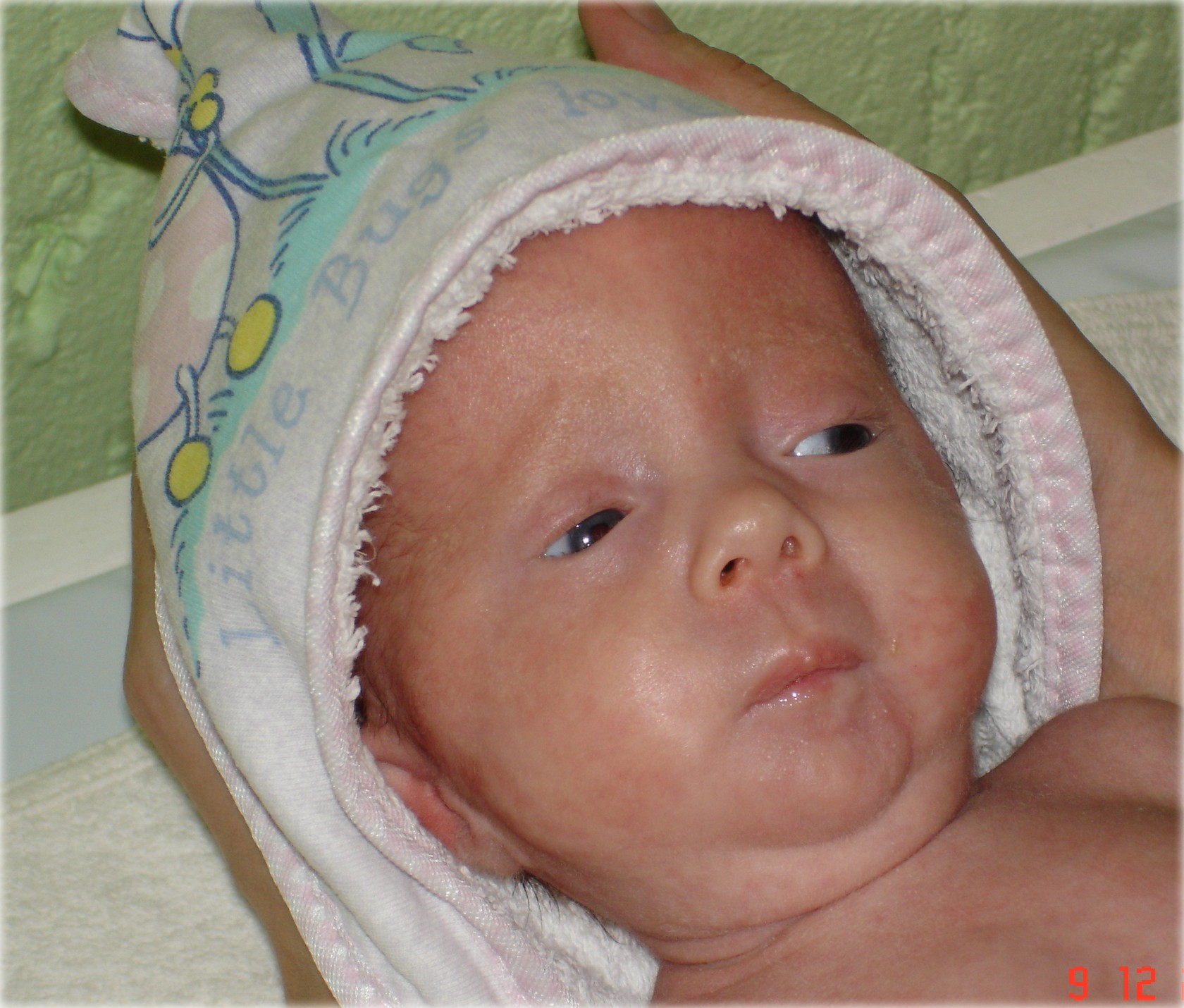 The second half of her short life was spent at home, where she was  cuddled, bathed, massaged, fed and surrounded by love. We resuscitated her 3-4 times per day and fed her via NG tube which we changed every few days. Community nurses arranged by our medical aid visited every few days – but they understood little of her condition and I dreaded the visits of these “Tannies” as it required more explanation and effort than anything else.  There were several really scary moments when it took a while for her to come back from an apneic episode. On one occasion she stopped breathing on route to the hospital and I resuscitated her on a garage forecourt.

In the early hours of 24 December 2004 when she was 10 weeks old, the apnea alarm went off and we began to resuscitate Madeleine. We checked for a heartbeat and there was none – but we continued with CPR until the paramedics arrived. When we realised they were preparing to intubate her, we stopped them – probably the hardest thing we have ever done. If we had not decided and agreed in advance to take that decision, it would not have happened, since in that moment I would have done anything to have her for just a little longer.
While we received little in the way of palliative care for Madeleine, partly because of her poor prognosis and partly because there was little available – there were gems along our journey. The NICU nurses were an amazing part of our journey and many became close friends and attended her memorial service. Our greatest source of support was from our network of family and friends, particularly via our church. At the time there was no South African support for Trisomy 18, so we could not speak to anyone in the same situation.  We decided to become the change we wanted to see by becoming a contact point for other families affected by Trisomy 18. Over the years we have connected with dozens of families affected by Trisomy 18 and many of these we now number amongst our friends.

Madeleine’s legacy lives on through the support we provide to other families affected by Trisomy 18 and to our work as patient advocates for all congenital disorders in South Africa. We believe that all patients (young or old) with congenital disorders, whether common or rare conditions, should receive palliative care from the point of diagnosis and for the duration of their life, however long that may be. We look forward to working with you to achieving this goal.