Representing Patch SA, Busi Nkosi, member of the Patch Steering Committee and Advocacy Sub Committee, attended this SANCDA meeting held in Pretoria to discuss the National Strategic Plan for the Prevention and Control of Non-communicable Diseases . She reports on what took place at the meeting. 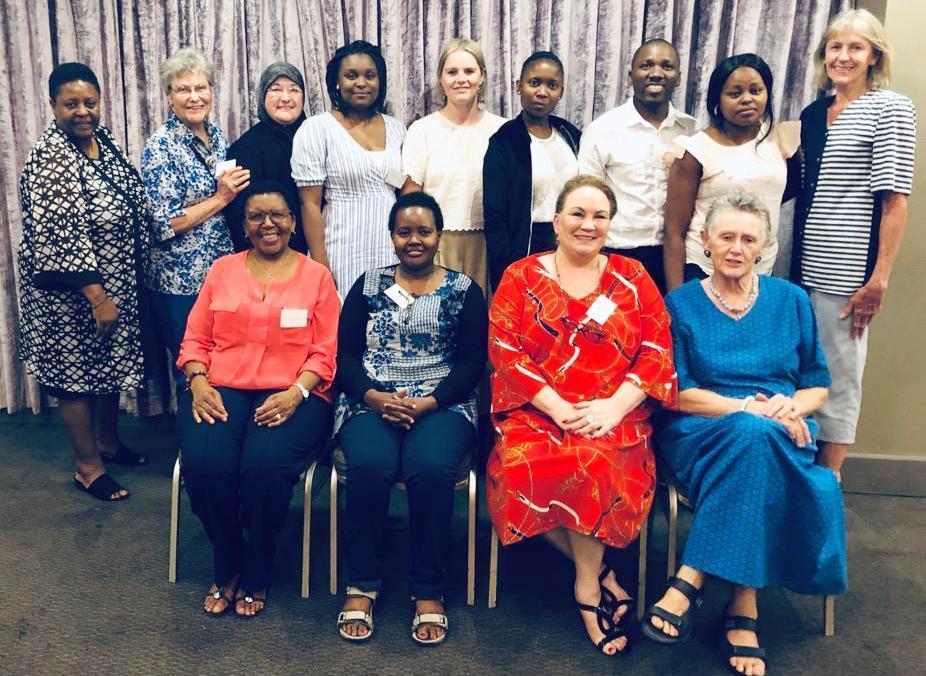 Busi Nkosi, seated on the left, representing PatchSA at the SANCDA meeting held in Pretoria in October

The South African Non-communicable Diseases Alliance (SANCDA) was formed in 2013 as a response to the epidemic of non-communicable diseases in South Africa. Its founding members are the Heart and Stroke Foundation, Diabetes South Africa and Cancer Association of South Africa. It is led by a very committed and passionate person in the name of Dr Vicki Pinkney-Atkinson, a nurse by profession.

SANCDA was invited by the Department of Health to participate in a stakeholder engagement meeting to discuss the National Strategic Plan for the Prevention and Control of Non-communicable Diseases. In preparation for this meeting, members from various organisations that deal with different NCDs or linked to NCDs, some came as individuals, met on 28 October, a day prior to the DoH meeting. The draft strategy that has been prepared by the DoH was discussed to identify gaps and address concerns. The major concern was how the implementation plan has been designed. The group agreed that the plan should resemble that of HIV and AIDS but for NCDs it should be throughout the life course, comprehensive from prevention to palliative care. To engage with the DoH in a logical and coherent fashion a list of questions was developed.

On 29 October the Stakeholder Engagement DoH meeting took place at the WHO offices in Pretoria. Due to the many concerns raised by the participants, especially the SANCDA team arising from the draft strategy document the meeting was highly charged. It was felt that more time was needed for more comments to be submitted and the deadline was extended to 6 January 2020. This was victory for SANCDA as it was important to follow proper processes in developing a strategy that will be owned by all stakeholders otherwise its implementation will be adversely affected.

The pre-planning meeting was generously sponsored by HSRC led by Dr Catherine Ndinda. SANCDA and HSRC are in a partnership to prevent NCDs through proper nutrition using agricultural products. Dr Catherine gave a detailed presentation on their current study on Coherence of agro-food policies with NCD prevention in South Africa.